According to polls, Canadians prefer the UK and Italy. 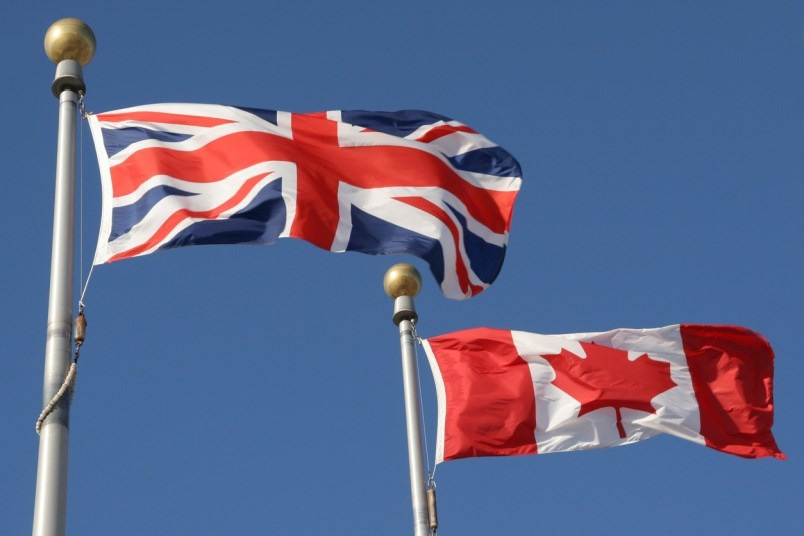 A new survey shows Canadians have favourable and positive opinions of the U.K., Italy, Japan and France, “all things considered.” about these countries.

The poll, conducted by Research Co., finds the U.K. came at the top of the list with 74 per cent of Canadians expressing a positive opinion, up one percentage point compared to a similar survey conducted in May 2022. The percentage of people who expressed a favourable opinion of Italy was 71 per cent (down 2 points) according to the new survey.

Following Italy, Japan and France seem to have the most positive reputation among Canadians, with 70 per cent of respondents saying they have positive opinion of these countries (up one point each).

Comparing to the May survey, those with a positive view of Germany went down one percentage point, but the country remains favourable among Canadians with 69 per cent of respondents stating they have positive opinion of Germany in the new survey.

In the online survey, 1,000 Canadian adults were asked for their opinion of 15 different countries, including Russia and North Korea. These two countries came at the very bottom of the list with only 11 per cent of respondents having a favourable opinion of either one.

“More than nine-in-10 Canadians aged 55 and over (93 per cent) currently have a negative view of the Russian Federation,” Mario Canseco, president of Research Co., said in a news release “Majorities of Canadians aged 35-to-54 (78 per cent) and aged 18-to-34 (68 per cent) feel the same way.”

Breaking down the data by region, 24 per cent of people in Atlantic Canada, 21 per cent in Ontario and 18 per cent in Alberta hold positive opinions of China. The survey found that 16 per cent people in British Columbia, Saskatchewan and Manitoba, as well as 13 per cent in Quebec, feel the same way.

Almost three-in-five Canadians (57 per cent, down two points) expressed a favourable opinion of South Korea, while 49 per cent (down one point) thought well of Mexico and 41 per cent (up four points) did so of India.

Venezuela is also among those countries that fewer Canadians have a positive opinion of (30 per cent, down one point), according to the survey.

In the middle of the list, the U.S. seems favourable among most of Canadians’ (54 per cent, down two points), while under two-in-five Canadians (39 per cent, up four points) harbour negative feelings toward our neighbours to the south.

Fifty-five per cent of people in Quebec, Atlantic Canada and Ontario hold positive opinions about the U.S., while 52 per cent people in British Columbia, 50 per cent in Alberta and 48 per cent Saskatchewan and Manitoba residents feel the same way.

The survey was conducted online between Jan.2, and Jan. 4. One-thousand Canadian adults were involved in the survey. “The data has been statistically weighted according to Canadian census figures for age, gender and region. The margin of error—which measures sample variability—is +/- 3.1 percentage points, 19 times out of 20,” according to Research Co.