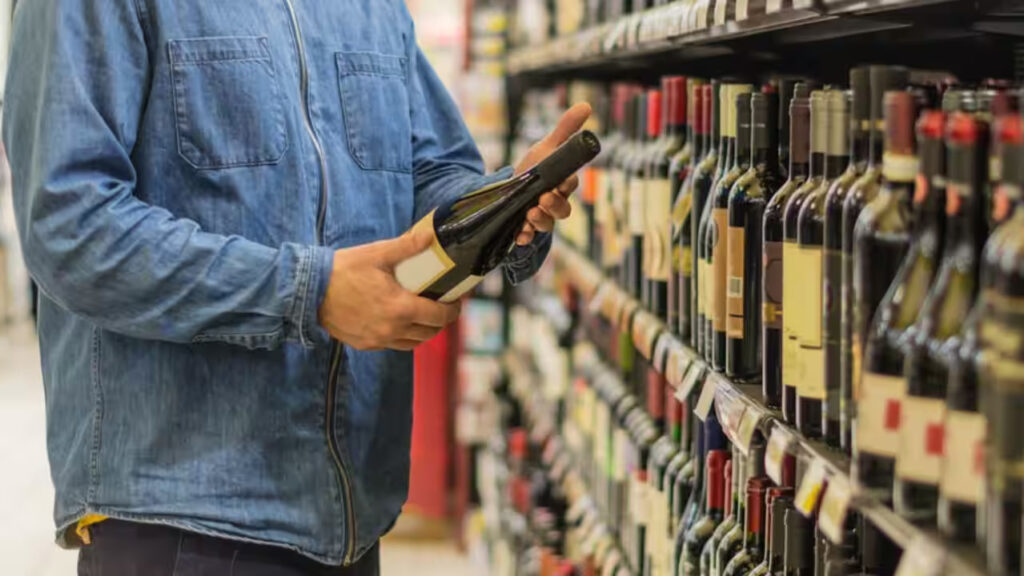 No amount of alcohol is safe, says new report from Canadian Centre on Substance Use and Addiction.

The pressure on the government to put cancer warning labels on alcohol containers is growing, as experts say the majority of Canadians don’t know the risks that come with consuming even moderate amounts.

The latest catalyst is Canada’s new Guidance on Alcohol and Health, which updates the 2011 Low Risk Drinking Guidelines. The Canadian Centre on Substance Use and Addiction (CCSA), which released its final report today, points out that no amount of alcohol is safe and that consuming any more than two drinks a week is risky.

It’s a drastic shift from previous guidance, which recommended no more than 15 drinks for men and 10 drinks for women per week to reduce long-term health risks. The CCSA says the new advice reflects thousands of studies in the last decade that link even small amounts of alcohol to several types of cancer.

The new recommendations lay out a continuum of risk. Three-to-six drinks a week increases the risk of developing certain cancers, including colorectal and breast cancer, and more than seven drinks a week also increases your risk of heart disease and stroke. The danger goes up with every additional drink.

“The last time we did the guidelines, it was in 2011,” said Catherine Paradis, the interim associate director, research, for the CCSA, who co-chaired the scientific expert panel that came up with the new guidance. “In 10 years there’s definitely been significant improvements in our understanding of mortality and morbidity associated with alcohol use. We have a much better understanding of the link between alcohol and cancer.”

Paradis says the panel spent the last two years combing through nearly 6,000 peer-reviewed studies, including research that now confirms alcohol use as a risk factor for an increasing number of diseases including at least seven types of cancers.

But despite the evidence, most Canadians are unaware or overlook the risk, says Paradis, and many still believe there are health benefits to drinking, though she says the most recent studies show that’s not true.

‘People need to be able to count their drinks’
Based on its findings, the CCSA is now calling for health warning labels that include the cancer risk on alcohol containers, and labels that inform people of how many standard drinks are in every container.

“Standard drink labels are necessary because people need to be able to count their drinks,” said Paradis.

“Labels about the health risk will provide people with that rationale as to why they should follow the guidance.”

The CCSA’s call for health warning labels, recently echoed by the World Health Organization, is based on research led by Canada. Erin Hobin, a senior scientist with Public Health Ontario, ran one of the only real-world experiments of cancer warning labels on alcohol in Yukon in 2017. The labels were placed on alcohol containers in two government-owned liquor stores for a month.

People not only talked about the warnings, Hobin said — they drank less, too.

“Exposing people to cancer warnings on alcohol containers actually is associated with a reduction, a seven per cent reduction in per capita alcohol use compared to sites that were not exposed to the alcohol warning labels,” Hobin said, adding the study found increased awareness led to more consumer support for other alcohol policies like higher pricing.

The scientists behind the Yukon cancer label study say it was cut short because the alcohol industry intervened and the Yukon government couldn’t afford a potential legal battle. CBC’s, The National reached out to the industry to ask where they stand on cancer warning labels now.

Wine Growers Canada added it doesn’t believe health warning labels are “the best way to effectively educate consumers on the responsible consumption of alcohol.” But Beer Canada says it remains “open to labelling suggestions that would be demonstrably helpful to consumers… to reduce harmful drinking.”

“They are not just critical, they are required under the law,” said Jacob Shelley, the director of the health ethics, law and policy lab at Western University. Shelley, who has worked on alcohol policy, says the obligation for manufacturers to inform consumers of any risks associated with their products is higher when a product is ingested.

“It’s very frustrating, because there is a legal responsibility that’s not very difficult, and that the courts have actually identified, that when the product is ingested or consumed, that the duty to warn is actually increased because it poses an increased risk.”

Shelley says there’s a conflict on the alcohol industry’s side, which makes billions in profits every year, to provide cancer-warning labels.

“There’s money to be made by increasing consumption,” said Shelley.

Shelley says the normalization of alcohol in society may be contributing to a lack of political will to mandate health risk labeling, but he says government action is needed.

CBC’s The National reached out to Health Canada, which partly funded the CCSA’s new drinking guidance. In an email, the agency said it recognizes “alcohol use presents a significant public health and safety issue that affects individuals and communities across Canada,” adding, “we look forward to receiving the updated guidance developed by the Canadian Centre on Substance Use and Addiction and reviewing any recommendations.”

Public support may be growing. According to the Canadian Cancer Society, a survey they led in February 2022 found that eight out of 10 Canadians support adding warning labels or health messaging on alcohol containers.

‘I just didn’t know’
As efforts to educate Canadians about the risk grow, the political pressure is heating up, too.

“The thing that stands out most to me is the amount of people who have said, you know, I just didn’t know, I didn’t know that alcohol was a Class 1 carcinogen,” said Lisa Marie Barron, a New Democrat MP from Nanaimo, B.C.

“If they don’t have that information, how can they best make the decisions that fit them? I had somebody tell me, you know what, I might second guess that second drink.”

Barron forwarded a motion in the House of Commons last June calling for a national warning label strategy. Drinking has been glamorized, she says, but her past work in addictions exposed her to how harmful the effects can be. Ottawa, not the industry, should dictate what Canadians know, Barron said.

“Right now it’s left to the industry to decide what Canadians should or shouldn’t know on the bottles,” Barron said, adding her bill could help move the labelling conversation forward. “I’m trying to turn that around and say it’s federal responsibility to ensure that Canadians have this information, and here’s one tool for us to be able to get that moving forward.”

And the pressure is heating up on another political front too. Senator Patrick Brazeau, a non-affiliated senator from Quebec, introduced a bill in the senate last fall proposing an amendment to the Food and Drug Act to require what he calls “honest labelling.”

Brazeau says his own experience with addiction was a devastating lesson.

“I know that alcohol causes a lot of hurt,” he said, “and this is just my way of trying to give back.”

t’s up to Ottawa to lead the charge for all Canadians, Brazeau said.

“If they’re serious about following science, well here’s the science. Alcohol causes at least seven types of cancer and now it’s up to the federal government to be bold. To take a strong stance and have the moral courage to say exactly that.”

Brazeau says no matter how much opposition he faces, he’s in it for the long-haul — whether it takes months, years or even a new government.

“I know that the industry is very powerful and they have a lot of resources,” he said.