The new head of the Bank of Japan and the Central Bank of Japan, Kishida, will discuss their respective tasks 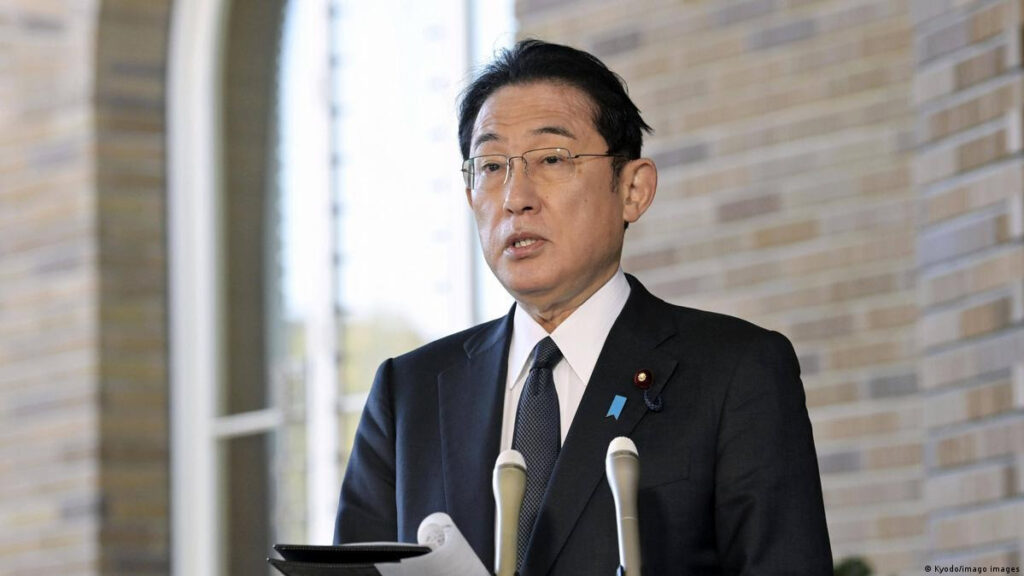 TOKYO
Japanese Prime Minister Fumio Kishida said on Sunday his government and the central bank must discuss their relationship in guiding economic policy after he names a new Bank of Japan (BOJ) governor in April.

The remark heightens the chance the government may revise its a decade-long blueprint with the central bank that focuses on beating deflation, a move that would lay the groundwork for an exit from the BOJ’s ultra-loose monetary policy.

Asked what kind of person he would choose as BOJ governor, Kishida said it will be someone “best suited for the job” when Haruhiko Kuroda’s term ends in April.

“The government and the BOJ must work closely together, but also each play its own role” in achieving price stability and higher wage growth, Kishida said in a programme on public broadcaster NHK.

“Under the new BOJ governor, we must discuss the relationship between the government and the BOJ,” said Kishida, who has authority to choose the central bank head.

The BOJ stunned markets last month by widening the band around its 10-year bond yield target to address market distortions caused by its policy, a move investors saw as a prelude to a future rate hike.

Markets are rife with speculation the BOJ could move further to phase out Kuroda’s massive stimulus by tweaking its yield control policy under a new central bank governor.

“In guiding monetary policy, policymakers must have a view on the outlook for the economy. There needs to be careful communication and dialogue with markets,” Kishida said, when asked whether the BOJ needs to tweak it ultra-loose policy.

Kuroda has dismissed the chance of a near-term interest rate hike on the view the BOJ must keep supporting the economy until the current cost-push inflation turns into a demand-driven one accompanied by higher wages.

But his remarks have failed to tame market expectations of a near-term tweak to the BOJ’s ultra-loose policy, which is blamed by critics for crushing bank margins, distorting bond market pricing and fuelling a yen plunge that pushed up import costs.

“The BOJ must revise its extraordinary monetary easing,” which has caused pain on households and companies by triggering a sharp yen fall, Kenta Izumi, leader of main opposition the Constitutional Democratic Party of Japan, said on Sunday.

“While communicating closely with markets, the BOJ needs to make its policy more flexible with an eye on an eventual normalisation of monetary policy,” he told the NHK programme.

The BOJ will likely upgrade its inflation forecasts at a rate review this month, sources have told Reuters, underscoring its conviction that robust domestic demand will keep inflation sustainably around its 2% target in coming years

Farm and fish exports hit a high in Jan-Nov.