Kishida’s trip around Europe and the United States to prepare for the G7 conference has begun. 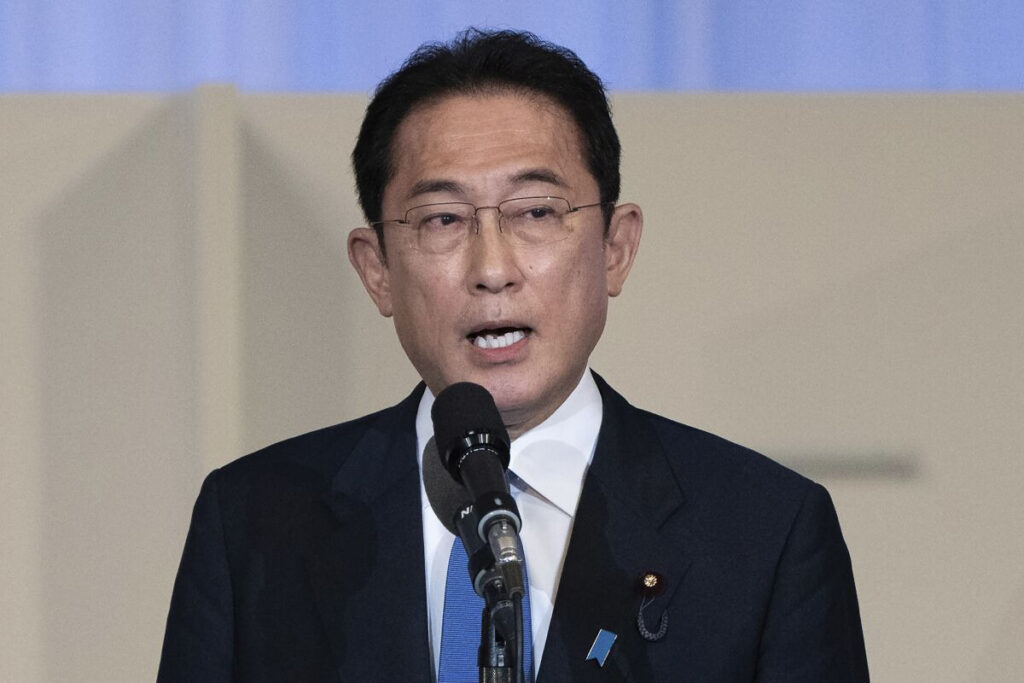 Prime Minister Fumio Kishida will try to pave the way for a successful Group of Seven summit he is scheduled to host in May by visiting Europe, Canada and the United States for talks with his counterparts from Monday.

Prime Minister Fumio Kishida will try to pave the way for a successful Group of Seven summit he is scheduled to host in May by visiting Europe, Canada and the United States for talks with his counterparts from Monday.

Kishida is planning to visit France, Italy, Britain, Canada and the U.S., as the leaders of those countries are expected to attend the G7 summit in Hiroshima.

During his weeklong trip, Kishida is slated to hold talks with U.S. President Joe Biden on Friday to discuss North Korea’s nuclear and missile development, Russia’s aggression against Ukraine and China’s tensions with Taiwan.

Kishida, who represents a constituency in the city of Hiroshima, which was devastated by a U.S. atomic bomb in August 1945, has voiced an eagerness to pitch his vision of a world without nuclear weapons at the G7 gathering, with fears mounting that Russia could use a nuclear bomb in its war against Ukraine.

At the May 19-21 summit, the G7 leaders are expected to exchange views on how to tackle global food and energy price hikes triggered by Russia’s invasion of Ukraine, which began in February 2022, and other risks to the world economy.

Kishida’s trip to Washington, the final leg of the tour, will be his first visit to the U.S. capital since he took office in October 2021.

Japan decided to fundamentally boost its defense spending and acquire capabilities to strike enemy bases to deter attacks from outside forces, in a major shift in its defense policy under the war-renouncing Constitution.

As part of efforts to develop its counterstrike capabilities, Kishida’s government has earmarked ¥211.3 billion ($1.58 billion) to procure U.S.-made long-range Tomahawk cruise missiles in the draft budget for fiscal 2023 from April.

Kishida is keen to deepen Japan’s security alliance with the U.S., saying it is a key pillar of Tokyo’s diplomacy and national security.

The prime minister has also expressed willingness to reconfirm close cooperation with Biden to realize a “free and open Indo-Pacific” — a vision seen as a counter to China’s increasing military and economic clout in the Asia-Pacific region.

“The leaders will celebrate the unprecedented strength of the U.S.-Japan alliance and will set the course for their partnership in the year ahead,” White House press secretary Karine Jean-Pierre said in a statement.

Biden and Kishida will also discuss regional and global issues such as North Korea’s weapons of mass destruction and ballistic missile programs, Russia’s war against Ukraine and maintaining peace and stability across the Taiwan Strait, the statement added.

Concerns have grown that Taiwan may become a military flash point in the Indo-Pacific region, as China regards the self-ruled democratic island as a renegade province to be reunified with the mainland, by force if necessary.

China and Taiwan have been governed separately since they split in 1949 due to a civil war.

The U.S. president, meanwhile, is certain to reiterate his full support for Japan’s presidency of the G7 meetings and the Asian nation’s term as a nonpermanent member of the U.N. Security Council.

Japan recently began a two-year term on the U.N. committee, at a time when it has appeared dysfunctional, particularly after Russia — one of the five veto-wielding permanent members — invaded its western neighbor.