What exactly is in the $1.7tr US spending bill? 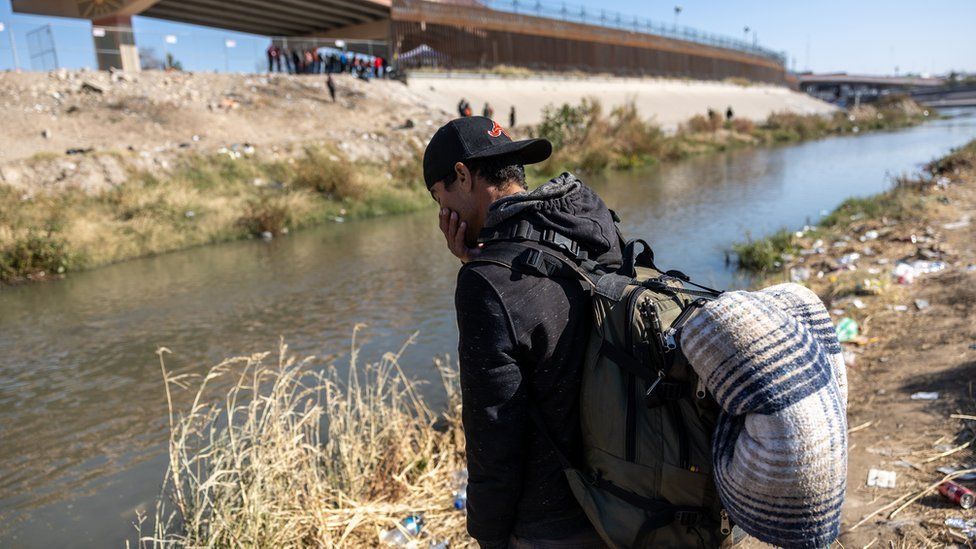 The US Senate has passed a $1.7tr (£1.4tr) government funding bill – most likely avoiding a partial government shutdown during the holiday season.

The House of Representatives now needs to pass it so President Joe Biden can sign it before midnight on Friday.

The package will fund the US government all through the next fiscal year, to 30 September.

The 4,155-page budget contains measures to help Ukraine, bolster US defence, and funds for US domestic priorities.

The Senate passed the bill on Thursday afternoon by 68 to 29 in a cross-party vote.

The bumper package contains $772bn for domestic programmes and $858bn for defence. It includes almost $45bn in emergency aid to Ukraine and about $38bn for regions recovering from natural disasters.

Changes to retirement programmes and healthcare for low-income Americans are also in the legislation.

Here are some other ways the government plans to spend tax dollars in the coming year, along with separate provisions added to the omnibus legislation.

Support for Ukraine: The $45bn for Ukraine includes funding for humanitarian and military aid as well as Nato allies.

TikTok restrictions: The bill includes a plan to ban downloads of the app – owned by its Chinese-based parent company ByteDance – on government-owned phones and other digital devices amid national security concerns.

Medicaid: The bill ditches a Covid-era provision that had relaxed eligibility restrictions for Medicaid – which provides healthcare for low-income Americans. Millions of people could now face losing health coverage in the spring.

Lobster rules: A provision in the package delays by six years new rules for lobster fisheries aimed at protecting the endangered right whale from becoming entangled in fishing gear.

FBI headquarters : A lengthy battle between the states of Maryland and Virginia over where to relocate the current Federal Bureau of Investigation headquarters – currently in Washington DC – is pushed down the road, with text in the bill allowing for further consultation on future sites.

Pay rise for troops: A 4.6% wage increase for members of the military.

Capitol police support: The congressional police service will get a boost of $132m, bringing its total budget to $734.5m.

Security for senators: US lawmakers have faced growing threats in recent years, and $2.5m has been approved to improve security at senators’ residences.

Childcare: There is a 30% increase of funding – to $8bn – for the Child Care and Development Block Grant, which helps low-income families pay for childcare.

Environmental protections: The Environmental Protection Agency gets an increase of $576m over its budget last year.

Several Republicans lawmakers have expressed frustration over the size of the package and at being asked to vote on a mammoth bill under a tight deadline, giving them little time to read it through.

It is expected to be the last major bill of the current Congress before Republicans take control of the House in January after November’s midterm elections.

On Tuesday morning, House and Republican negotiators unveiled that package, which was months in the making.

The “omnibus spending bill” raises funding from about $1.5tr in the last fiscal year.

A shutdown happens when parts of the government close because politicians fail to agree on a budget. The political game of brinksmanship has become a feature of US politics in recent decades.

Under the US system, the different branches of government have to reach an agreement on spending plans before they can become law.