More than half the US population awaits Christmas weekend under wind chill alerts. The snowiest part of a perilous winter storm is yet to come 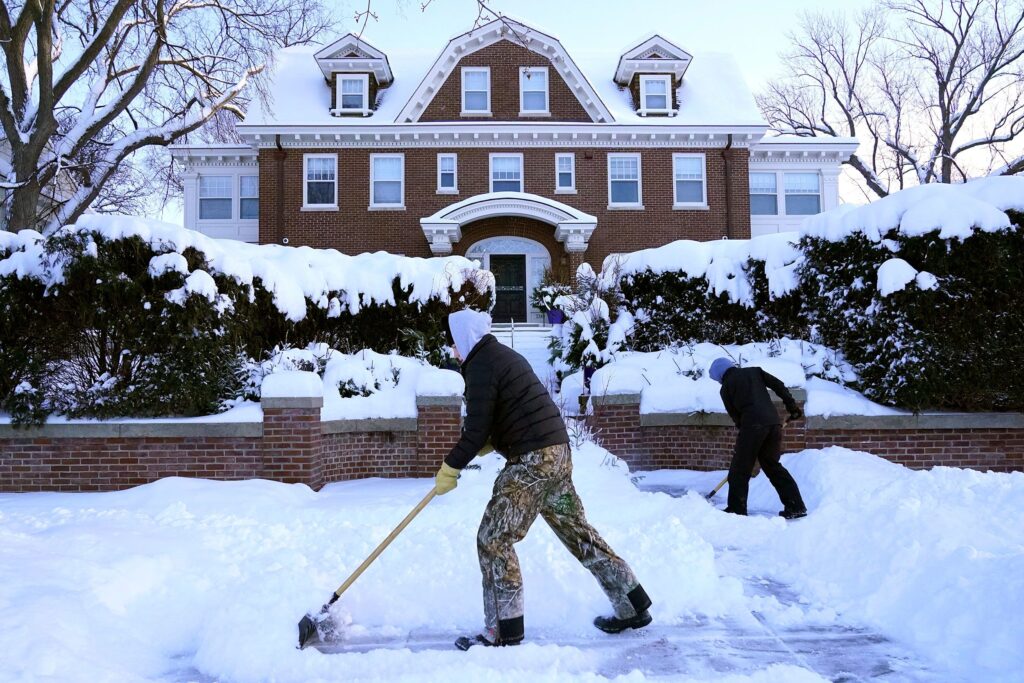 Nearly 177 million Americans – or more than half the US population – will await Christmas weekend under wind chill alerts as a major arctic blast plunges temperatures to dangerous levels in much of the country, according to the National Weather Service.

And the snowiest part is yet to come as the perilous winter storm barrels east across the nation.

A developing “bomb cyclone” is set to unload heavy snow and blizzard conditions especially in the Midwest on Thursday and Friday.

The cold air and storm are affecting nearly every state in some way: More than 200 million people coast-to-coast were under winter-weather alerts for snow or icy conditions Thursday evening, the weather service said.

Wind chill alerts are impacting people from the Canadian border to the Mexican border and from Washington state to Florida, with below-zero wind chills recorded as far south as Texas on Thursday morning and expected in the Southeast by Friday.

“Life-threatening wind chills over the Great Plains (will) overspread the eastern half of the nation by Friday,” the Weather Prediction Center said – and wind chills below minus 50 degrees already have been reported in the past two days in parts of Montana, South Dakota and Wyoming.

Some low temperature records were set Thursday morning in the West and South, and in some cases they dropped this week with record-breaking speed: Denver International Airport saw a 37-degree plunge over one hour Wednesday, preliminarily the biggest one-hour drop recorded there, according to the National Weather Service.

Snow, meanwhile, has been hitting parts of the West and is expected in the next two days across much of the country’s eastern half.

A major snowstorm is shaping up for the Midwest and Great Lakes especially – with widespread light to moderate snowfall – but with powerful winds that may make for impossible travel conditions.

“Heavy snowfall rates” of 1 to 2 inches per hour, “along with wind gusts of over 50 mph will result in near-zero visibility and considerable blowing and drifting of snow,” the prediction center said.

The storm is expected to become a “bomb cyclone” – a rapidly strengthening storm that drops a certain amount of pressure within 24 hours – Thursday evening into Friday, reaching the pressure equivalent of a Category 2 hurricane as it moves into the Great Lakes. This could be “a once in a generation type of event,” a forecaster in the weather service’s Buffalo office wrote Tuesday, after noting that kind of strengthening doesn’t often happen in the lower Great Lakes.

A blizzard warning will be in place at 7 a.m. Friday in Buffalo and surrounding communities, where one to three feet of snow and 70 mph wind gusts are likely, according to the National Weather Service.

“This is not going to be a typical storm,” Buffalo Mayor Byron Brown said Thursday. “In fact, this could be a life-threatening storm.”

About 2,400 flights have been canceled across the US Thursday, according to the flight tracking site FlightAware, snarling air travel amid the busy holiday season. And airlines have canceled more than 2,200 US flights scheduled for Friday.

In South Dakota, a 340-mile stretch of Interstate 90 was closed in both directions Thursday morning, from Rapid City to Sioux Falls, because of blizzard-like conditions, officials said. Near-zero visibility also led to many highway closures between Colorado and Wyoming on Wednesday.

Even Florida won’t be spared, with residents of the Sunshine State expected to see sudden temperature drops Friday. Some cities in the South – including Nashville and Memphis – are expected to see snow Thursday.

Flooding, meanwhile, is possible in parts of the Northeast, including Washington and Philadelphia, as rain hits the area Thursday before temperatures plummet overnight and bring a “flash freeze.”

President Joe Biden received a briefing on the weather Thursday morning at the White House, from the National Weather Service and Federal Emergency Management Agency. He encouraged Americans to heed the warnings of local officials and to stay safe in the face of the extreme cold.

“This is really a very serious weather alert here,” Biden said, adding that the White House has reached out to 26 governors in the affected regions.

In pictures: Winter storm impacts the US

• Snow and high winds are expected to make for terrible travel conditions from eastern Montana and the northern Plains into the Midwest and upstate New York.

• Blizzard warnings – meaning snow and wind of 35 mph will frequently reduce visibility to less than a quarter of a mile for at least three hours – were in effect Thursday morning in some of those areas, including just southwest of Minneapolis, just south and east of Chicago, and western and northern Michigan.

More on the extreme cold

• Wind chill warnings, watches and advisories were in effect for more than 30 states from Washington to Florida on Thursday.

• The arctic front will push south into the Gulf of Mexico and sweep off the Eastern Seaboard by late Friday, bringing cold into the Deep South.

• Thursday’s daytime temperatures may stay below zero in the northern Plains and get barely above that in the central Plains.

• Officials in several southern states are warning residents to take precautions. Alabama warned Thursday and Friday would likely feature “the coldest December airmass to hit the state since 1989,” the state’s emergency management agency said. Friday’s lows in that state were expected to range from the single digits in the north to the low 20s by the Gulf of Mexico.

• Louisiana Gov. John Bel Edwards asked residents Thursday to check on friends and family members that might have a hard time with the frigid temperatures. Lows Friday and Saturday were expected to be in the teens and 20s there.

• Two locations in Wyoming set records early Thursday for the lowest temperatures ever recorded at a particular location, regardless of the date on the calendar. Those new records are minus 41 degrees in Casper, and minus 29 in Riverton.

• Other locations in the West and South set record lows Thursday for temperatures on any December 22. They included several places in Montana (including minus 34 degrees in Boseman and minus 20 in East Cut Bank); Greybull, Wyoming, (minus 26); East Rapid City, South Dakota, (minus 18); Ketchikan Airport, Arkansas, (3); and three places in Washington state, including minus 20 degrees in Pullman.