If you’re travelling during a winter storm, here’s what to prepare 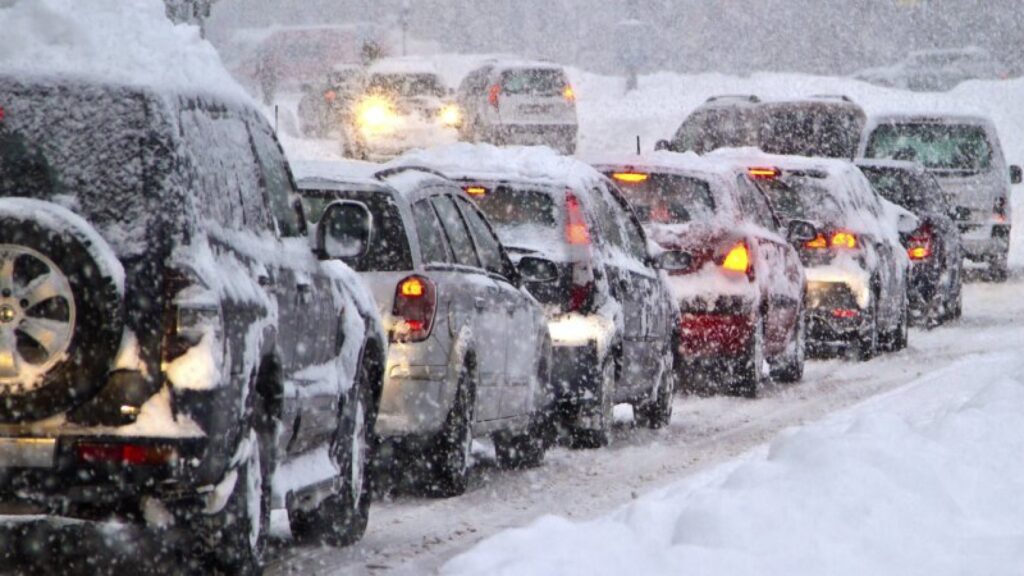 As many Canadians cope with extreme cold and heavy snow or are bracing for nasty weather, Environment Canada is urging them to reconsider holiday travel plans and to prepare for worst-case scenarios.

Many roads are expected to be icy and hazardous, the agency warns, and airports are advising travellers that flights could also be affected.

But for travellers who still choose to brave the elements, here are some tips weather the storm.

Steven Flisfeder, a meteorologist with Environment Canada, says the conditions will make for difficult driving. If you can, try to postpone any gatherings until Sunday, he says, but if you can’t, aim to arrive before the worst of the storm

Until then, “take this time ahead of the storm to prepare for the conditions that will be coming,” Flisfeder said. “It’s always best to be prepared so that you don’t have to scramble when the storm actually approaches.”

Beyond normal winter driving precautions, such as slowing down and leaving extra space, the Ontario Province Police (OPP) advises drivers to retorque their recently installed winter tires to make sure they are properly fastened.

“Wheels separate very quickly after they’ve been installed, within a couple hundred kilometres or less,” said OPP spokesperson Sgt. Kerry Schmidt. “Those wheel fasteners will back right off.”

The Canadian Automobile Association (CAA) recommends drivers keep an emergency winter kit in their vehicles. According to the CAA website, the kit should include:

Officials warn that flights could be delayed or even cancelled by the weather, and are urging travellers to check their flight status the day before their flight and again right before they embark for the airport.

Additionally, people should give themselves extra time to travel to the airport itself as weather could affect their commute, says Tori Gass, spokesperson for the Greater Toronto Airports Authority.

Once on the plane, weather-related issues and backlogs — such as the recent case in Vancouver’s airport — could mean waiting on the tarmac for extended periods of time before takeoff or departure.

To prepare for such an “extraordinary” event, Gass says it’s important to pack your essentials, like medicine or snacks, in your carry-on luggage so you have ready access to them.

Even for those who stay in place, there is still possibility of “extensive” utility outages, Environment Canada says.

It urgers Canadians to make an emergency plan and prepare a kit with drinking water, food, medicine, first aid supplies and a flashlight.

Environment Canada also encourages people to check local forecasts throughout the course of the multi-day storm.