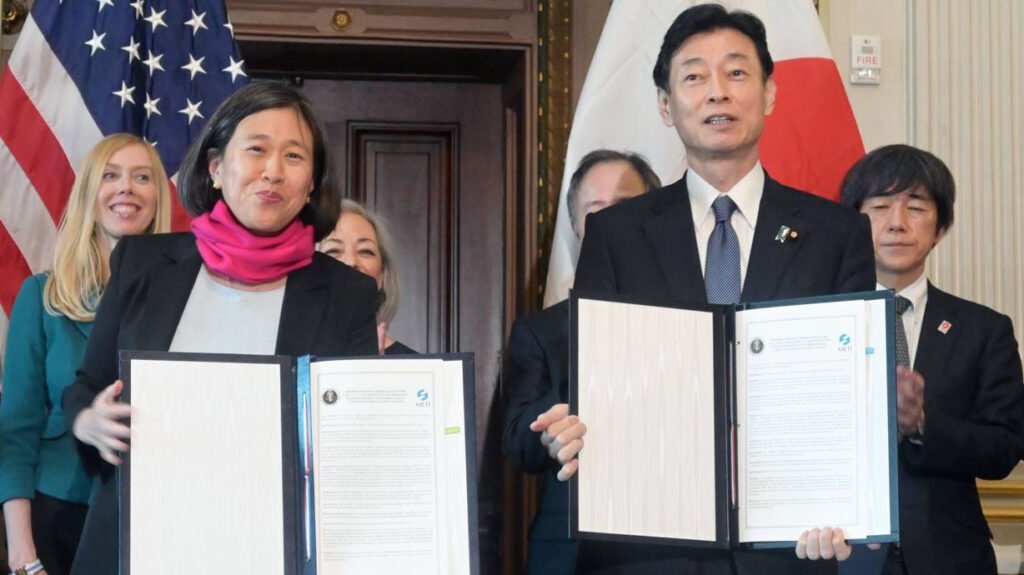 The United States and Japan on Friday agreed to accelerate efforts to address forced labor and other human rights violations in supply chains through the launch of a task force between the governments of the two countries.

The task force, to be co-chaired by the Office of the U.S. Trade Representative and Japan’s Ministry of Economy, Trade and Industry, is expected to serve as a platform for information sharing between the two countries and facilitate dialogue with businesses as the United States increasingly moves to crack down on forced labor in China.

A U.S. law broadly banning imports from China’s Xinjiang region, where Washington believes members of the Muslim Uyghur minority are being subjected to forced labor, has posed fresh challenges to supply chains. The region is a major cotton-producing area and a key supplier of solar panels.

U.S. Trade Representative Katherine Tai welcomed the signing of a memorandum regarding the issue, calling it a “concrete outcome” of the two countries’ partnership on trade.

Japan’s trade minister Yasutoshi Nishimura said at the signing ceremony that human rights violations in supply chains are “absolutely intolerable” and that he hopes the task force will help Japan and U.S. companies more actively engage in efforts to uphold human rights through increased “predictability” for business.

According to the memorandum, the task force participants intend to meet biannually. The participants also include the Japanese Foreign Ministry, the U.S. state, commerce and labor departments, as well as the U.S. Customs and Border Protection.

Real earnings plummeted the greatest in 8 years in November.