The state attorney’s office is very close to filing a murder accusation. Shot by Abe About half a year ago 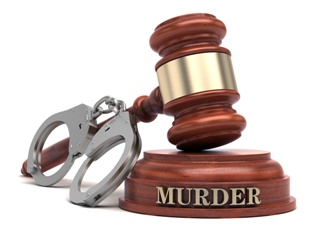 NARA
Six months after the assassination of former Japanese Prime Minister Shinzo Abe, prosecutors are moving closer to indicting the man accused of the shooting that brought to light links between politicians and the controversial Unification Church.

Abe, 67, was shot at close range by Tetsuya Yamagami during a campaign speech on July 8, two days ahead of a national election.

Following an examination to determine his mental fitness to stand trial, the prosecutors have apparently judged that Yamagami, 42, is competent to be tried and are likely to indict him on charges of murder and violating the firearms control law by Jan 13, when his detention period ends, according to investigative sources.

Following his arrest, Yamagami told investigators that he held a grudge against the Unification Church over donations made by his mother totaling around 100 million yen ($750,000).

Born into a prominent political family, Abe served as a secretary for his father, former Foreign Minister Shintaro Abe, before being elected to the House of Representatives in 1993.

He became the longest-serving leader of the country, acting as prime minister from 2006 to 2007 and again from 2012 to 2020, before stepping down due to health problems.

Some people in Japan have expressed sympathy for Yamagami and welcomed the exposure of the links between politicians and the religious organization.

The Unification Church, formally known as the Family Federation for World Peace and Unification, was founded in South Korea by a staunch anti-communist in 1954 and is regarded by critics as a cult. It is known for “spiritual sales,” in which people are pressured into buying items for exorbitant prices.

The organization was established in Japan in 1968 with the support of former Prime Minister Nobusuke Kishi, Abe’s grandfather.

The assassination spotlighted links between lawmakers and the church, dragging down the approval ratings of Prime Minister Fumio Kishida’s cabinet and leading to resignations. Daishiro Yamagiwa, who served as economic minister, was forced out of the cabinet in October after a series of revelations regarding his ties to the group emerged.

A Kyodo News survey in November found that at least 334 out of 2,570 prefectural assembly members in Japan have had dealings with the Unification Church or its affiliates, with over 80 percent of them belonging to the ruling Liberal Democratic Party.

Amid public anger over decades of close ties between the church and politicians, Japan’s parliament enacted a law to ban organizations from maliciously soliciting donations.

A petition on Change.org calling for a reduced sentence for Yamagami has garnered over 10,000 signatures, highlighting the sympathy for his family’s financial hardship stemming from donations to the church.

One supporter of the petition commented, “He is a victim,” and “I feel sorry (for him) when I hear about his upbringing.” Another said that had it not been for this incident, people would not know how deeply connected the Unification Church is to Japan’s political scene.

Yamagami’s mother joined the Unification Church in 1991 and swiftly donated 20 million yen, including part of a life insurance payout following his father’s suicide in 1984. Their house and a company office owned by the family were also sold.

With the family facing bankruptcy, Yamagami — who had until then been studying at a prestigious high school in Nara — gave up on going to university and later joined the Maritime Self-Defense Force. He attempted suicide in 2005 in an effort to leave his siblings, including an older brother who was blind in one eye from cancer, money from life insurance.

“The situation may have been different if he had been helped and supported by others,” said Noriaki Imai, 37, director of DxP, a nonprofit group that offers a safety net for struggling teenagers.

“People find it difficult to seek advice as many in Japan believe you should take responsibility for yourself,” he added.

According to Yamagami’s uncle, sympathizers have sent donations that totaled more than 1 million yen, food and other items to an Osaka detention center where the 42-year-old man has been held.

On Sunday, some people were seen offering prayers for Abe near the assassination site in front of Kintetsu Railway’s Yamato-Saidaiji Station.

“Mr Abe worked hard for Japan. His death is regretful,” said Shigeo Mori, 74, who visited the site from Osaka Prefecture and prayed for the former prime minister.