Ukrainians hail Zelenskyy after US visit dismissed by Putin 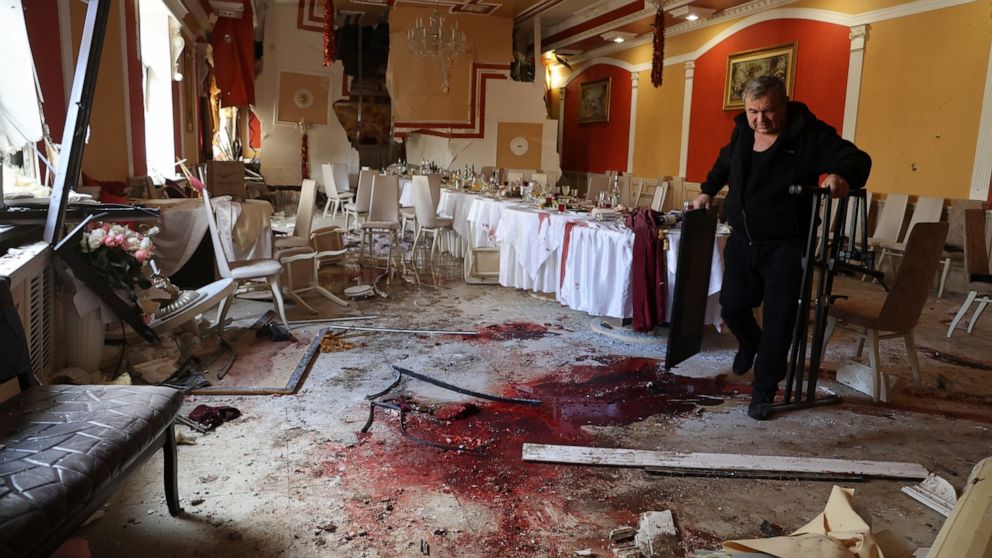 KYIV, Ukraine (AP) — Ukrainians hailed President Volodymyr Zelenskyy’s wartime visit to the United States as a success, while Russian officials said Thursday that it only fueled the conflict.

The U.S. has announced a new $1.8 billion military aid package, including supplies of the Patriot air defense systems, the most powerful such weapons to be delivered to Ukraine yet. Ukraine also stands to receive an additional $44.9 billion in U.S. aid as part of a massive government spending bill the Senate approved Thursday.

“We are returning from Washington with good results, with things that will really help,” Zelenskyy said on a video message shared Thursday night on his Telegram account. He thanked President Joe Biden and the U.S. Congress for supporting Ukraine’s fight against Russia.

Neither Zelenskyy nor any other Ukrainian authorities have confirmed if he’s already back in Kyiv.

In Russia, President Vladimir Putin had a different assessment of Zelenskyy’s trip, which included an Oval Office meeting with Biden, a joint news conference at the White House and an address to a largely supportive Congress.

“They say they may send Patriot there, fine, we will crack the Patriot too,” Putin told reporters, adding that the deliveries will only extend the fighting. “Those who do it do so in vain, it only drags out the conflict.”

Ukrainians saw their president’s trip as a rousing success.

“It’s an historical visit, the first one since the war began,” said Illia Shvachko, a 32-year-old computer specialist in Kyiv. “Getting weapons helps.”

Putin reaffirmed that Russia is ready for talks with Ukraine on ending the conflict.

“One way or another, all armed conflicts end with talks,” Putin said. “The sooner this understanding comes to those who oppose us the better. We never rejected the talks.”

Zelenskyy landed in Poland on Thursday while traveling back to Ukraine, according to information he posted on social media. He wrote that he met “a friend of Ukraine” on his way home. A video showed him being greeted by Polish officials after getting off an airplane. He and Polish President Andrzej Duda hugged, exchanged greetings and then sat down to speak.

“I feel proud of our country, for helping us, for not being left alone on this difficult moment,” said Larysa Doroshevska, a 71-year-old Ukrainian retiree. “I want to win so badly. I really want to defeat this darkness.”

Russia’s ambassador to the U.S., Anatoly Antonov, accused Zelenskyy and American officials of “focusing on war … and further tying the Ukrainian regime to the needs of Washington.”

Russian state TV sought to downplay the military and political support Zelenskyy received in Washington, stressing in a news segment that not all members of Congress showed up to listen to Zelenskyy’s speech, Commentators also criticized the Ukrainian leader’s “casual attire” during his White House visit with President Joe Biden.

For Tetiana Zholobok, a 31-year-old manager, the trip to Washington proved what Zelensky can do. “Our president can meet with Biden personally,” she said.

The Moscow-installed leader of Ukraine’s partially occupied Donetsk region reported that Ukrainian shelling of a hotel in the city of Donetsk killed two people and wounded several others Wednesday night, including Dmitry Rogozin, a former Russian deputy prime minister and one-time head of the state space corporation Roscosmos.

Rogozin was celebrating his birthday at a restaurant in Donetsk when the building came under fire, according to Russian media reports. He later wrote that he was scheduled to undergo surgery because a metal fragment was stuck in his spine above his right shoulder blade.

In a statement Thursday, Ukraine’s Border Force tacitly acknowledged the shelling in Donetsk, saying that Rogozin had illegally crossed into Ukraine and adding that such action “has consequences.” It didn’t say directly that Ukrainian forces targeted Rogozin in the city of Donetsk, maintaining an ambiguity in a similar way the Ukrainian authorities treated earlier high-profile attacks on Russian targets.

On Thursday, a car bomb killed a Russia-appointed head of the village of Lyubymivka in the Russia-held part of the southern Kherson region, Russian state media reported. Ukrainian guerrillas have for months operated behind Russian lines in Ukraine’s occupied south and east, targeting Kremlin-installed officials, institutions and key infrastructure, such roads and bridges.